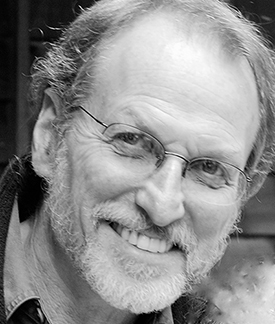 John Witte grew up in New England, the son of Polish immigrants. After college he worked for many years as a carpenter before moving west to Oregon. Since then his poems have appeared widely, in publications such as The New Yorker, The Paris Review, Kenyon Review, and American Poetry Review, and been included in The Norton Introduction to Literature, among other anthologies. His poems have been translated, set to music, and recorded for the blind. He is the author of Loving the Days (Wesleyan University Press, 1978), The Hurtling (Orchises Press, 2005), Second Nature (University of Washington Press, 2008), and Disquiet (University of Washington Press, 2015). For thirty years he was the editor of Northwest Review, as well as numerous books, including The Collected Poems of Hazel Hall (Oregon State University Press, 2000). The recipient of two fellowships from the National Endowment for the Arts, he teaches Ecopoetry and other classes at the University of Oregon in Eugene, where he lives on the outskirts of town with his family, goats and chickens. He is available for readings: